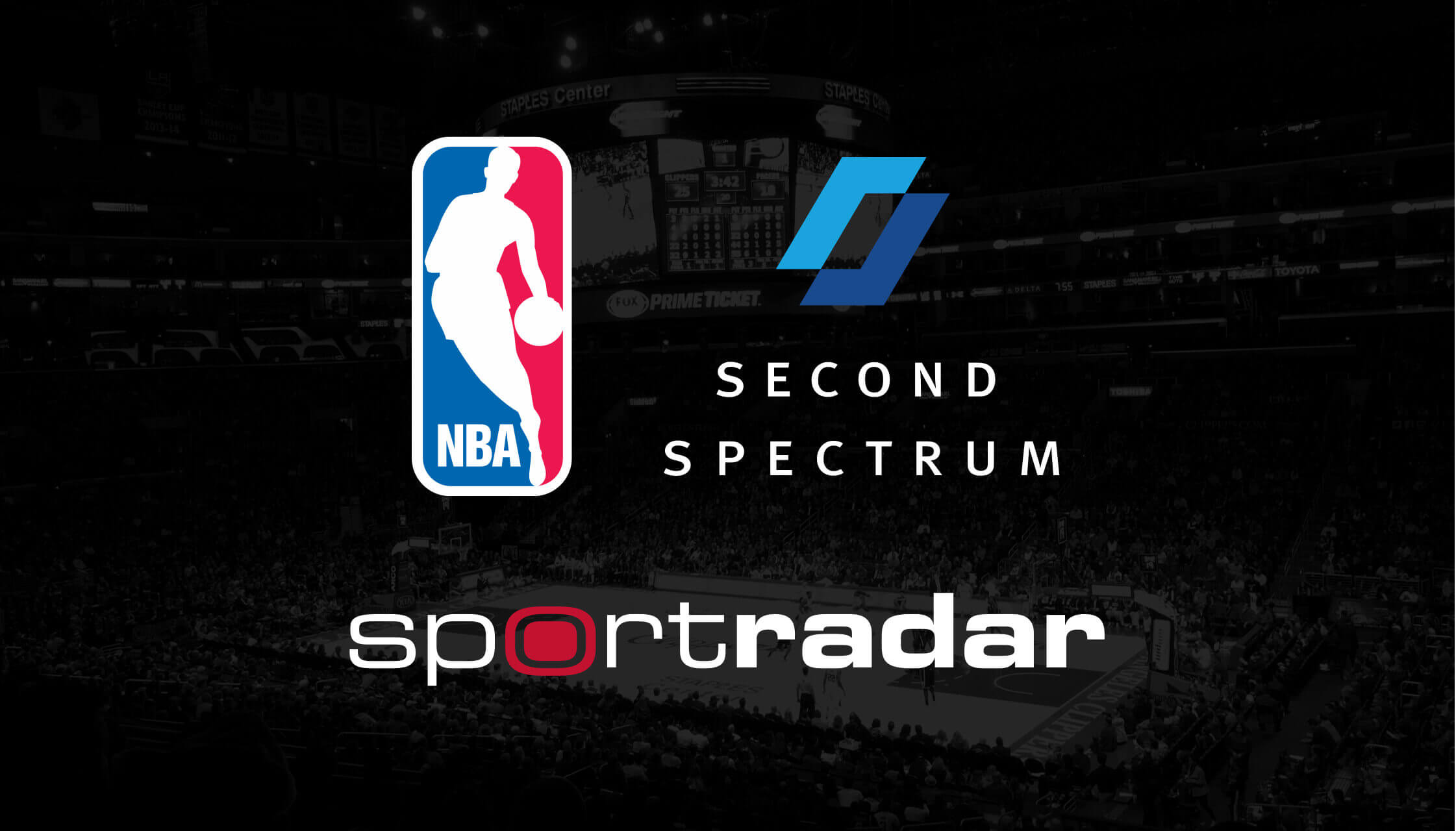 NEW YORK and LONDON, Sept. 22, 2016 – The National Basketball Association (NBA) today announced a multiyear partnership with Sportradar and Second Spectrum that will expand the league’s global distribution of statistics and will implement a new, state-of-the-art leaguewide player-tracking system.

Beginning with the 2017-18 season, Sportradar will make statistical information for the NBA, WNBA and NBA Development League more widely available than ever before, delivering data to fans, teams, media and other data users in more than 80 countries and territories. At that time, Sportradar will become the league’s Official Provider of Real-time NBA League Statistics.

Starting with the 2016-17 season, Sportradar will distribute NBA data and industry standard audio-visual game feeds to gaming operators outside of the U.S. where gaming is legal. The NBA will also incorporate Sportradar’s Integrity Services into its existing game integrity protection measures. These services monitor the global betting activity and trends across more than 550 operators worldwide and work with leading federations and leagues across 12 different sports.

“This multi-faceted partnership with the NBA presents a really exciting opportunity for Sportradar and for fans of NBA basketball worldwide. We will be developing a full suite of innovative products, tools and services that will bring the full depth of this exhilarating league’s data around the globe,” said Carsten Koerl, Sportradar CEO. “I am also truly proud that our Integrity Services provide a tool to support the excellent work of federations and leagues internationally in protecting the integrity of sport.”

Second Spectrum will begin installing its player-tracking system in all NBA arenas over the course of the upcoming season so that it will be fully functional by the 2017-18 season, when the company becomes the Official Optical Tracking Provider of the NBA. Second Spectrum will provide advanced statistics, such as speed, distance, drives, paint touches and defensive impact, based on its unique technology for machine understanding of sports for comprehensive analysis of players and teams. Additionally, Second Spectrum will continue to work individually with teams and league partners on providing custom solutions and products based on player-tracking data.

“We’re thrilled to partner with a forward-thinking league like the NBA,” said Rajiv Maheswaran, Second Spectrum CEO. “As a former professor, it’s great to live in a time when machines can deeply understand sports. We’re excited to bring this state-of-the-art technology to the entire league and its partners.”

The NBA began using player-tracking technology in 2009 and became the first U.S. professional sports league to use player tracking for every game in 2013.

“As the interest in – and analysis of – data continues to grow around the world, we look forward to furthering the depth and reach of NBA data and analytics through our partnership with Sportradar and Second Spectrum,” said Bill Koenig, NBA President, Global Content & Media Distribution.

Fans and media around the world can continue to access comprehensive league data and statistical information, along with advanced player-tracking data at NBA.com.

The NBA is a global sports and media business built around three professional sports leagues: the National Basketball Association, the Women’s National Basketball Association, and the NBA Development League. The league has established a major international presence with games and programming in 215 countries and territories in 49 languages, and NBA merchandise for sale in more than 125,000 stores in 100 countries on 6 continents. NBA rosters at the start of the 2015-16 season featured 100 international players from 37 countries and territories. NBA Digital’s assets include NBA TV, NBA.com and the NBA App, which achieved record viewership and traffic during the 2015-16 season. The NBA has created one of the largest social media communities in the world, with more than one billion likes and followers globally across all league, team, and player platforms. Through NBA Cares, the league addresses important social issues by working with internationally recognized youth-serving organizations that support education, youth and family development, and health-related causes.

Second Spectrum is the world leader in building machines that understand sports. We leverage this machine understanding to provide a full suite of products and solutions for sports leagues, coaches, front offices, traditional and digital media, and content owners – constantly innovating to create new forms of information, interaction, immersion, and personalization. We are at the forefront of computer vision, machine learning, big data, augmented reality, and product design. Second Spectrum is headquartered in Los Angeles, with offices in Switzerland and China.