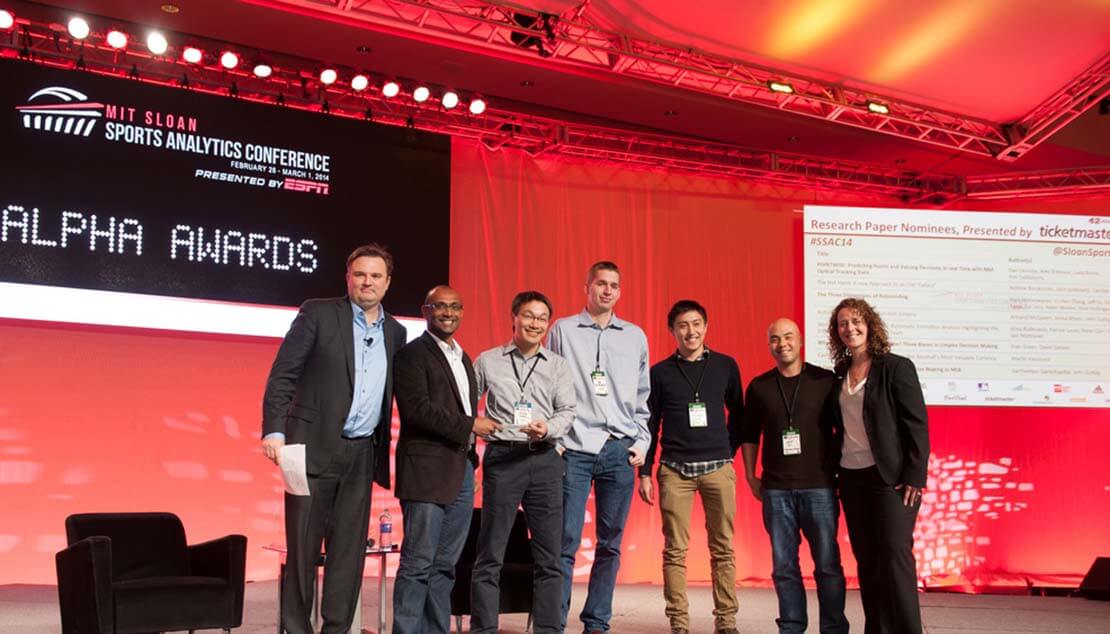 Second Spectrum revolutionized the notion of the box score with its paper on “The Three Dimensions of Rebounding,” which won the Alpha Award for Best Research Paper at the 2014 MIT Sloan Sports Analytics Conference.

The conference’s annual Research Paper Competition is a distinguished event for individuals, companies and research groups within the fields of math, science, sports and technology.

Entrants go through a rigorous process: months before the Sloan Conference, authors submit an abstract on their idea, then their full research paper a few weeks later. If the paper is selected as a finalist, authors then present their paper at the conference. One winner or group is chosen every year at the annual Alpha Awards, and receives a $20,000 prize.

Second Spectrum’s winning paper used player tracking data in basketball to break down the well-known action of rebounding into multiple components: initial positioning, hustle, and conversion. Read the full paper here. Maheswaran and Chang also won the Best Research Paper award in 2012 as Co-Directors of a research group out of USC.